When you hear on a regular basis you are no good, the power of those words begin to manifest as you ‘meditate’ on them. They rob you of taking a chance at opportunities that are presented to you, they mistake care from someone for ‘they are trying to take advantage of me’ syndrome. It causes mistrust in friendships, ruins or tarnished relationships around you.

It becomes difficult to accept that you actually matter, that you belong to the world and are well placed to make an impact and do something significant. It fuels fear! Fear of what…all sorts of fear. 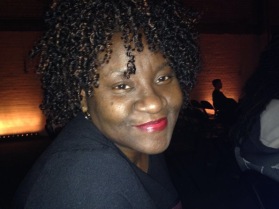 What I say, do it feeling the fear!

And when those voices in your head tell you, you are going nowhere and no one cares or loves you, answer back and say, “I am born to win. I am exquisitely and beautifully created and crafted.” Isn’t that liberating?

Pause for a second please.

God is so close, closer than a whisper and His hands are always outstretched to receive us.

Yes when we grasp the enormity of Gods love, it changes us on the inside. It makes life worth living and gives us a strong sense of purpose.

What is the point in going to work to amass wealth and more wealth, debt upon debt, to prove a point? To Who? Who is even watching or scoring? The media, yes, maybe to ensure they have something to print.

But seriously, why do some people seem to have nothing but trouble, day to day, time and again to emerge as a champion of a cause? Maybe we are all on a journey to do something significant.

Well after my self-immersed drama, the authorities were called into an ‘almost going nasty discussion’ at which point I knew I had to get out!

As always, I either said or did something wrong. So there had to be some type of punishment to be inflicted as a warning or deterrent.

Do you know how many times I told myself, “it’s your fault” “you should behave better” or something like that. “Don’t upset him” “just give in and do what he says” I would continually give in but not realise I was also giving away my own self worth and dignity. I was trading my worth for the acceptance of someone else.

This is not about feminism or fighting for equal rights with the genders but about my basic human rights and personal or psychological space as it were.

It took so long to realise I did not have to work to be loved! I’m so thankful for the friends who spoke into my life and helped bring me out…

It was a friend’s husband, Alex, who also contributed to dissolving the confusing thoughts going through my mind when he said, something along the lines of, ‘do you think no one will want you if you leave?’

Honestly, I don’t think I had thought that far…

But he had a point. Alex had a valid argument. What was the ‘real’ reason why I found it hard to walk away? Or get out of this?

The Christian outlook I had embraced was that of God hating divorce. Yes I saw that but did he permit this way of suffering too? The warped idea that I had laid this bed and I had to die in it was very alive in my head.

Where did it come from?

4 thoughts on “What was I thinking…?”